What You Should Know About Prototype Development

But what goes on in the prototype development process? There are a number of steps that prototypes go through. Failing to follow these steps can make the process take much longer than necessary.

On top of that, following these steps is a great way to gain a deeper understanding of your product.

What Is a Prototype?

On top of that, some people have an idea of prototyping inspired a little bit by the famous story of inventors like Thomas Edison. Edison was famous for trying out thousands of different materials in light bulbs. In the end, he found the one, common thread, that functioned for his design.

However, the prototype development process often involves learning to understand your theoretical product in a deeper way. Partway through the development process, you might decide to shift tracks in significant ways. It is important to be flexible as you develop your prototype rather than clinging to a plan that used to make sense but which has now become less ideal for the market or business situation.

In short, a prototype is a version of a product created to inform the creation of better versions of the product. That means that the first version of the product is not even intended necessarily to be a success in the common sense of the word.

Instead, a successful early-stage prototype might be successful because it helps you understand how to build a better version of a prototype. It does not need to be ready to go to market.

Beginning to Create a Prototype

There are four stages that a prototype goes through. That might sound like a lot, but you will understand as we go through them why each stage is important. Trying to skip over stages often means leaving value on the table.

On the other hand, you can sometimes move through certain stages quickly.

The first stage in the prototype process is creating any prototype at all. This is for the purpose of better understanding what you might be able to create in the future.

That means that you may not even want to aim at successfully solving the problems of your theoretical future customers with the first prototype. Instead, you might want to create your first prototype to help you discover what might be wrong with your current theory of product design.

For example, you might think that your product will have four pieces at the end of its development. But you may be less certain about the functionality of one of those four pieces.

If it turns out that everything goes the way you expect, you can always move on to build a prototype with more pieces. However, this first prototype might reveal that you were right to be uncertain. There could be a problem with one of the pieces in your design.

If that happens, you will not have wasted time and money building more complicated prototypes. After you have made these initial experimental prototypes, it then makes sense to move on to creating a minimum viable product.

Developing a Prototype That People Can Use

The second stage in prototype development is about creating a product that fulfills at least its essential function.

At this stage, it is often important to avoid building unnecessary pieces into the prototype. Your end product may have a lot of extra bells and whistles. But at this stage, it is more efficient to focus on the simplest version of the product.

Once your simple version of the product works, you may soon want to show it to investors or others. However, you might want to add on a few of the most impressive bells and whistles you have in mind. That way, you can maximize your chance of impressing people.

In the third stage of prototype development, you add some of the bells and whistles that seem most likely to work.

After that, you can take your time figuring out how to design in the last bells and whistles you have in mind for your product. In the fourth and last stage of prototype development, you create the product as you intend to sell it to customers.

Understand the Most Important Things to Know About Prototype Development

The better you understand the prototype development process, the better you can find the right services to help you navigate it as well as possible for your unique situation. With the right combination of prototyping and mass production, you can get your great idea into concrete form and into the hands of customers.

To learn more about the prototype development process and how you can navigate it, reach out and get in touch with us at any time! 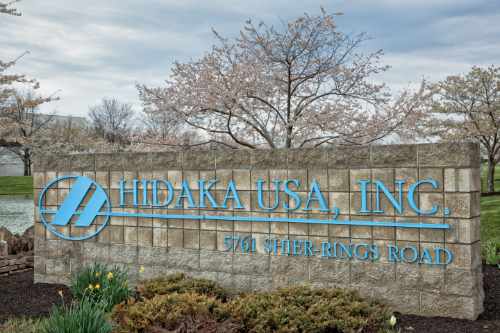 Make Hidaka Your First Choice...
We Are Here To Solve... Here To Serve